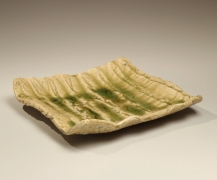 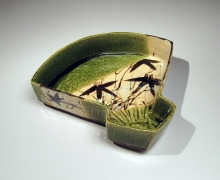 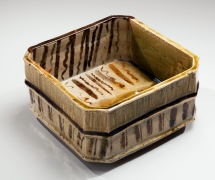 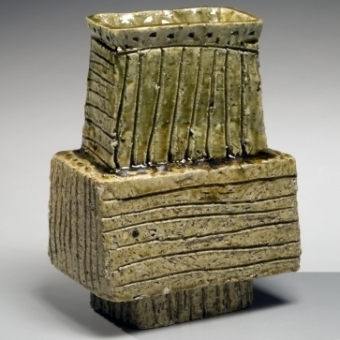 Chanoyu
Teaware of Japan A Virtual Exhibition. Online only. July-August 2020

While thought by many to be one of the greatest modern ceramists of the 20th century, what Kitaoji Rosanjin truly mastered was an outstanding range of styles, forms and glazes. He was peerless in his day with an astonishing array of glaze traditions all applied to seemingly effortlessly-made classical clay forms that were never imitative of ancient types, but rather transcended into the realm of individuality. As both an antiques dealer and restaurant owner, he truly understood why throughout history certain vessels and dishes were made the way they were and equally how the glazes “should” look. A severe critic of others’ work, he decided to create his own tableware. To keep up with the demand, he needed assistants and in 1927 hired the future Living National Treasure, Arakawa Toyozo for his shino-glaze production. Ironically his former apprentice received his designation in 1955 before one was offered to Rosanjin, who, so irate at the oversight, refused to subsequently accept this honor.