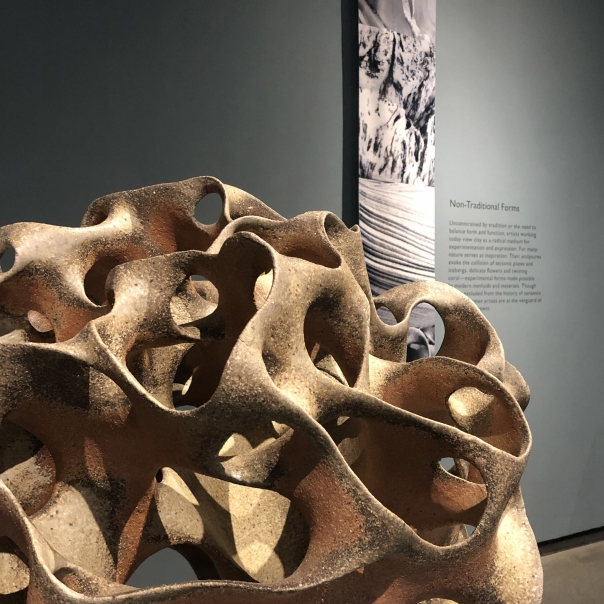 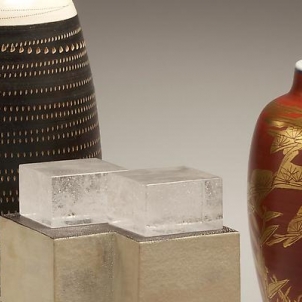 Kondo Yuzo was a highly celebrated Japanese ceramist working in the tradition of sometsuke (cobalt blue-and-white porcelain), for which he was designated a Living National Treasure. Sometsuke, while derived from both the Chinese Ming and Korean Yi dynasties’, is rooted in Japanese aesthetics in terms of its expressiveness and design. Yuzo's vigorous brushwork and bold patterning set his work apart from his contemporaries, furhter praised for his use of specific imagery such as pomegranates, bamboo shoots, plum branches (his favorite motif) and landscapes executed primarily in underglaze cobalt blue. His works were occassionally enhanced with various glazes such as copper red and, later in his career, gold. 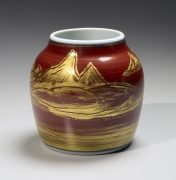 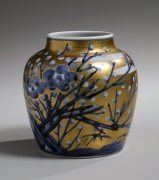 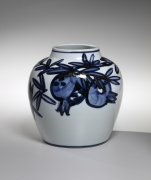 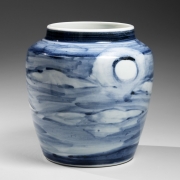