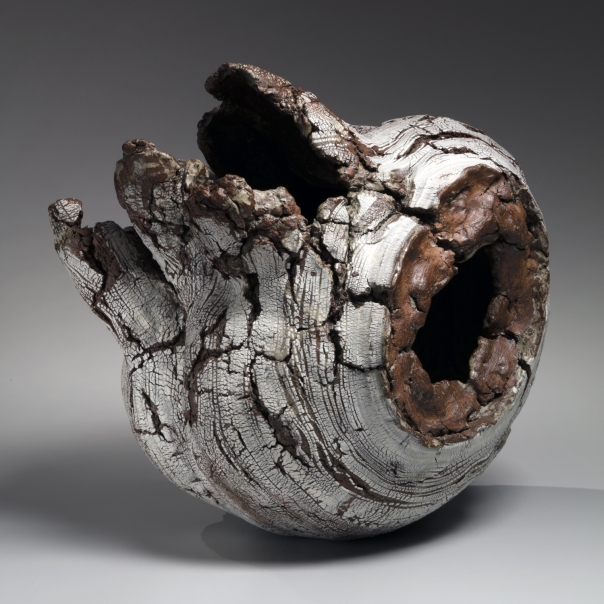 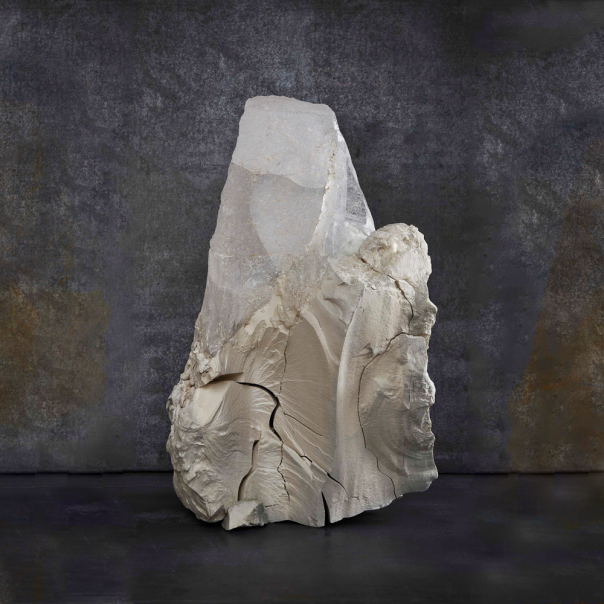 Ogawa Machiko
Into The Earth: The Clay Art of Ogawa Machiko November 6 – December 14, 2018 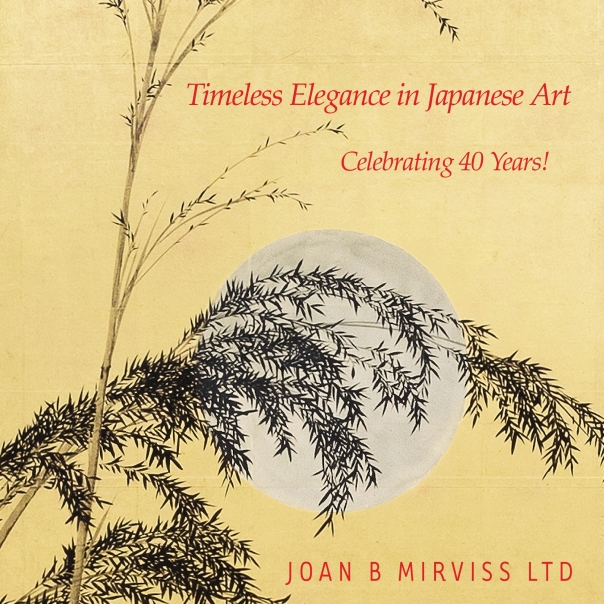 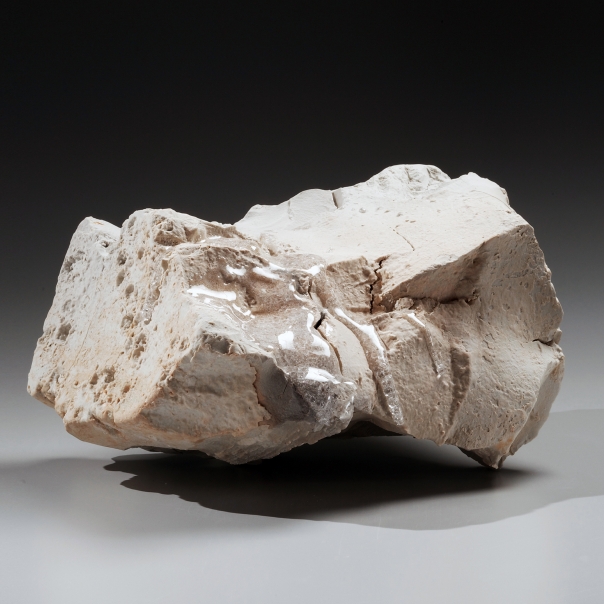 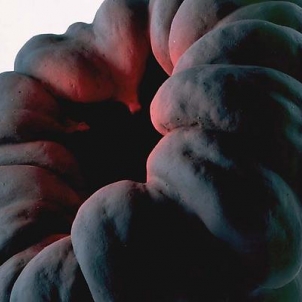 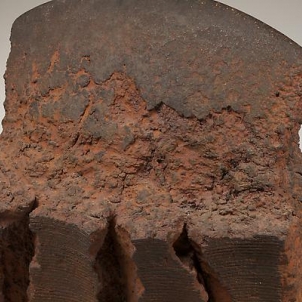 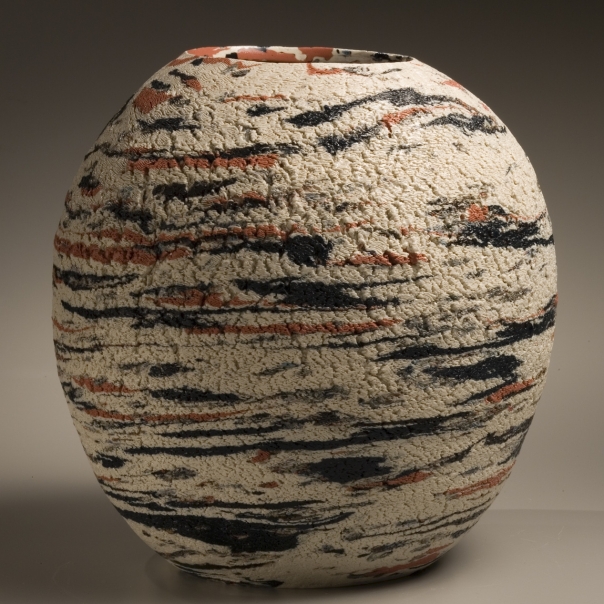 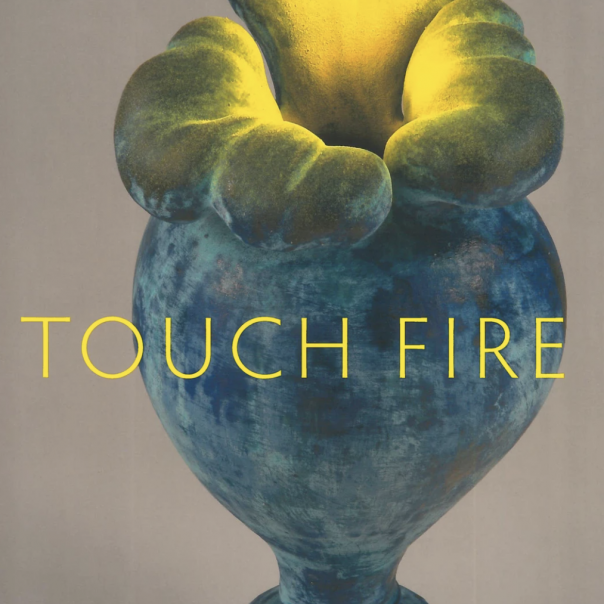 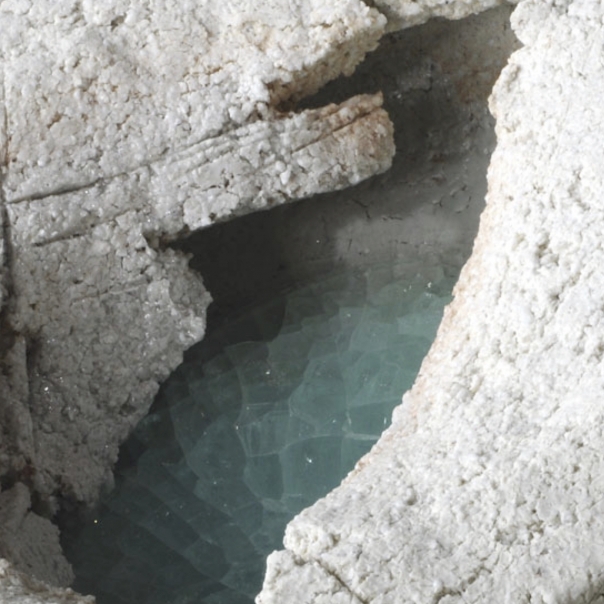 Ogawa Machiko has been a vital force in the dialogue of Japanese contemporary clay since her arrival on the scene in 1985. After years of study at Tokyo National University of Fine Arts & Music, she drew inspiration from her travels, which included living and studying in Paris at the École d’Arts et Métiers and then in Burkina Faso in West Africa. Winner of the Japan Ceramic Society Award, she has be the subject of numerous solo exhibitions at major galleries and museums throughout Japan. Some of her work resembles cracked ice, while other vessels have a volcanic, scorched earth appearance. While Japanese in origin, Ogawa’s work transcends national characterization, resonating with a universal sensibility.

Silver and platinum-glazed vessel with surface patterning on interior 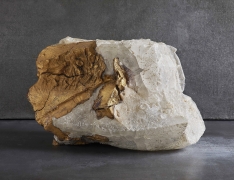 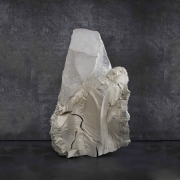 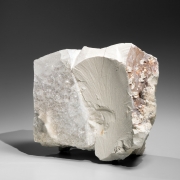 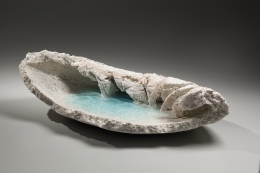 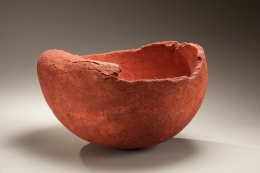 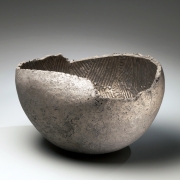 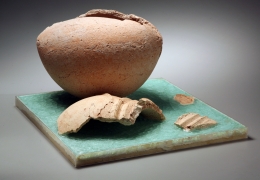