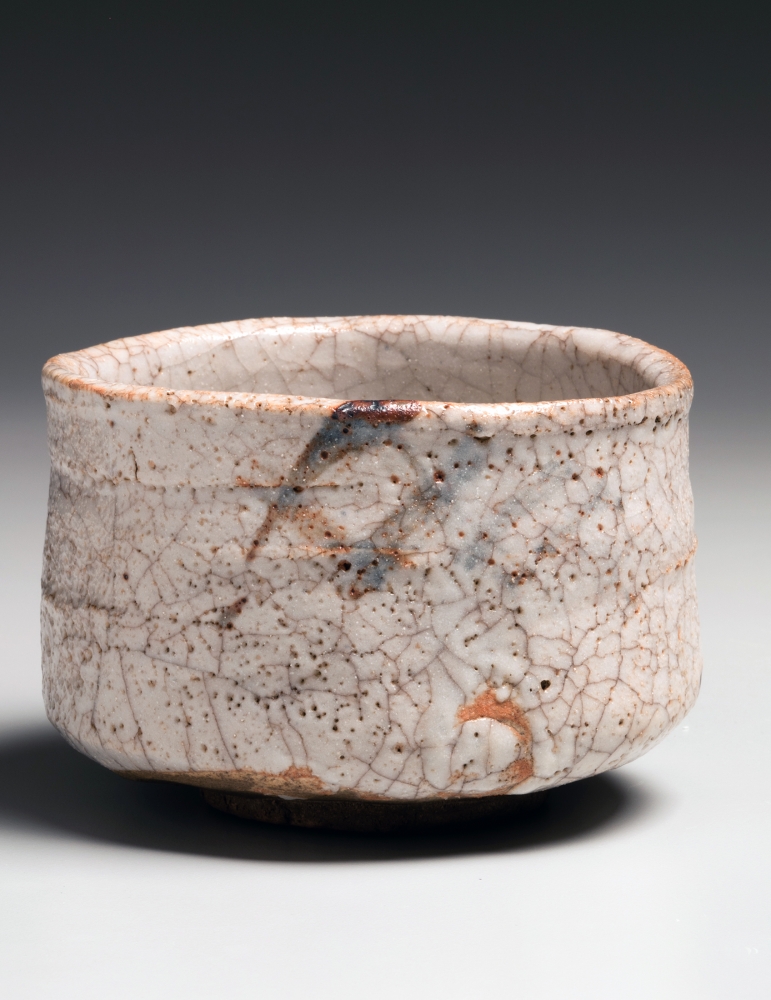 While apprenticing with Kitaōji Rosanjin, Arakawa Toyozō (1894-1985) discovered the ancient kiln sites at Mino that allowed him to redefine the origins of the Momoyama tea ceremony wares. His most famous discovery was that of true Shino ware sherds at Mutabora, where he later built his kiln. Most importantly, his discovery of these old kiln sites allowed Arakawa to successfully replicate sixteenth-century Shino and Oribe glazing techniques of the sixteenth century, becoming the first modern potter to do so. It was through him that Rosanjin learned Shino glaze and other Mino techniques. In 1955, his powerful Momoyama-inspired Shino and Setoguro wares earned him the designation of Living National Treasure for Shino ware, making him the first to be so recognized. 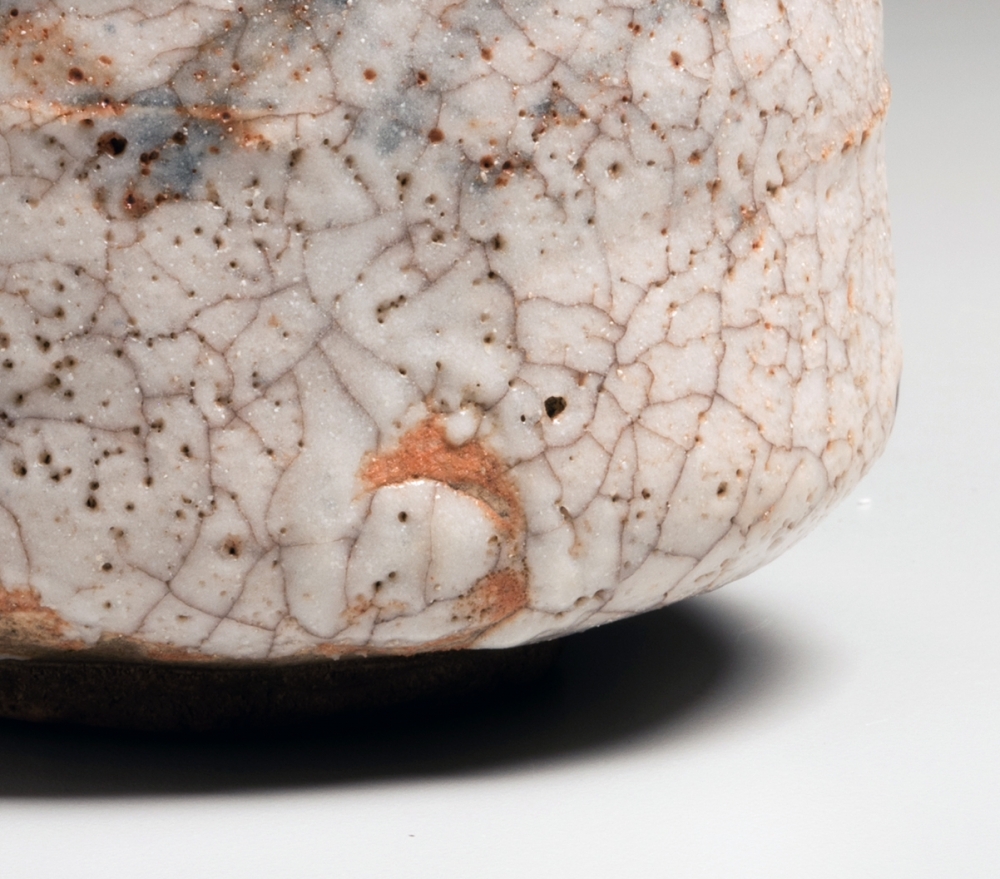 This straight-sided teabowl demonstrates Arakawa’s successful rediscovery of Shino techniques. It is characteristically covered in a thick, crackled and irregular white glaze, with an orange blush along the rim where the glaze is thin. His abbreviated decoration, executed with a handful of brushstrokes, distantly resembles grasses or leaves. The thumbprint near the base of the teabowl, however, clearly evident after firing, shows Arakawa’s literal hand in redefining a Momoyama-era type with a modern touch. 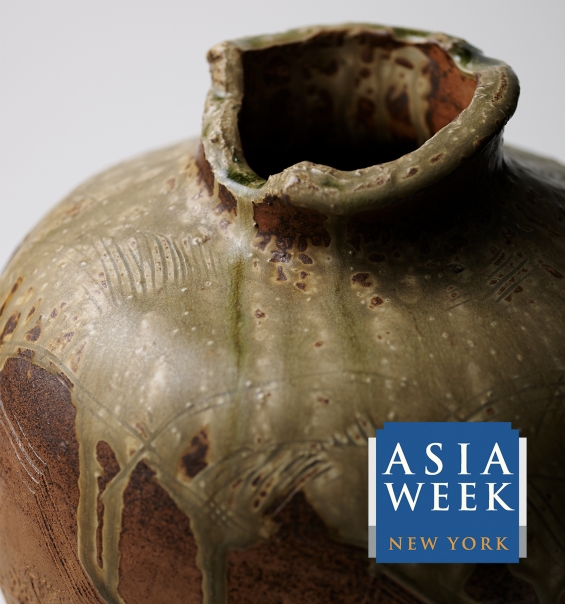