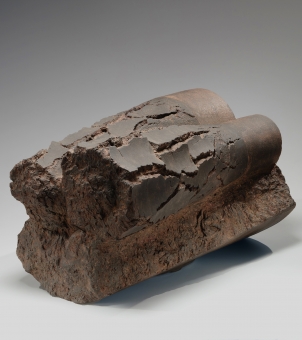 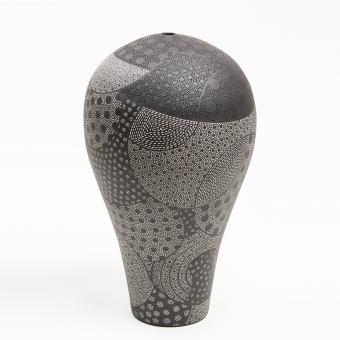 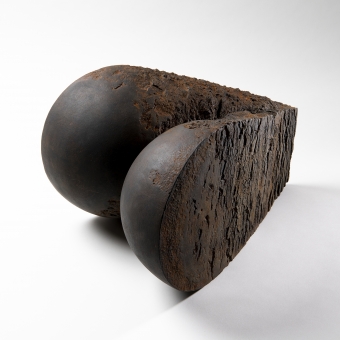 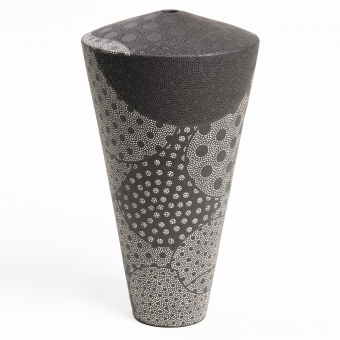 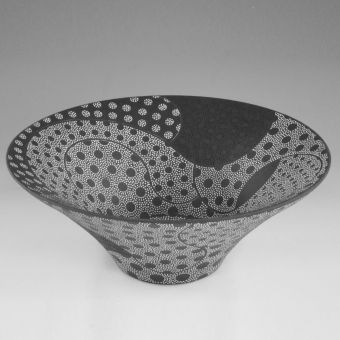 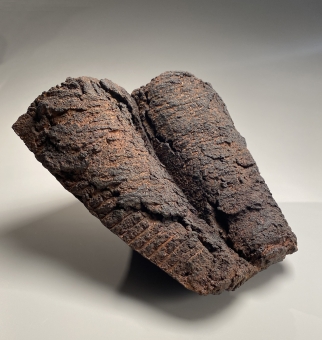 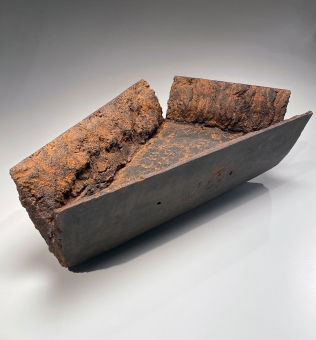 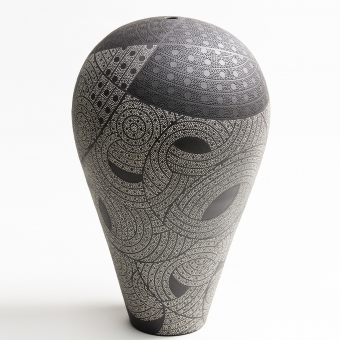 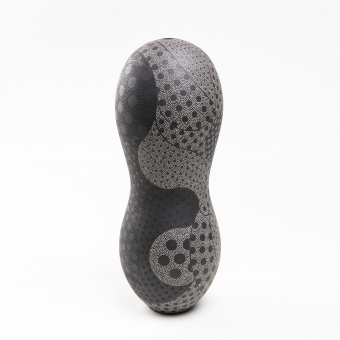 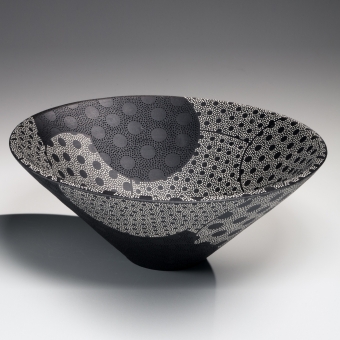 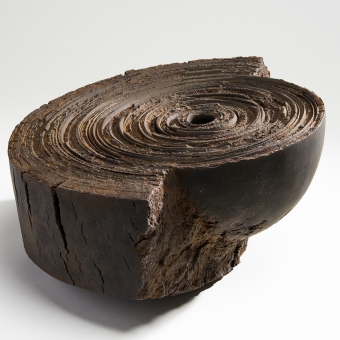 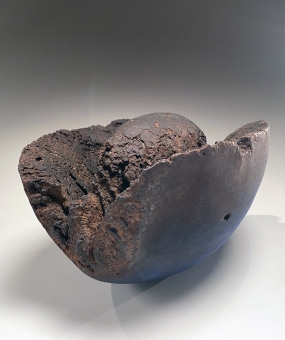 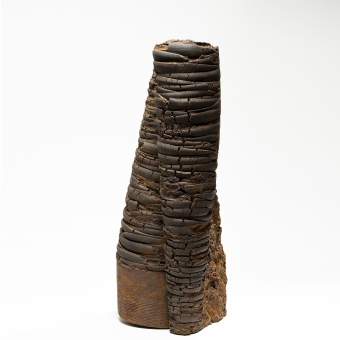 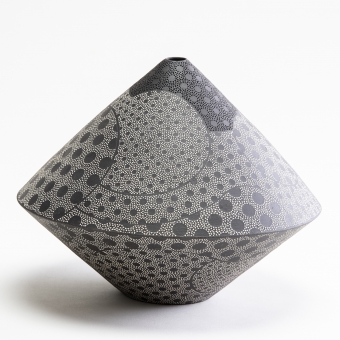 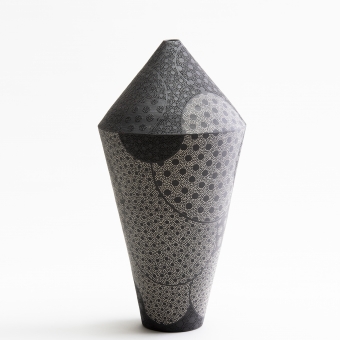 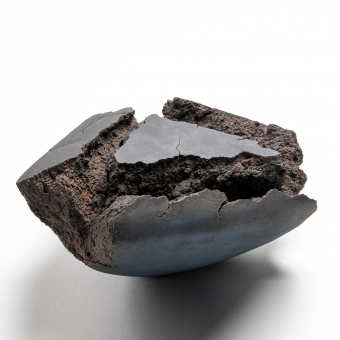 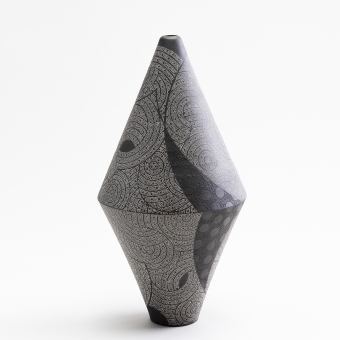 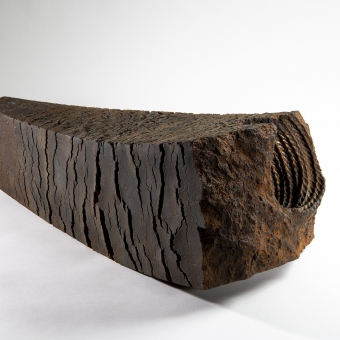 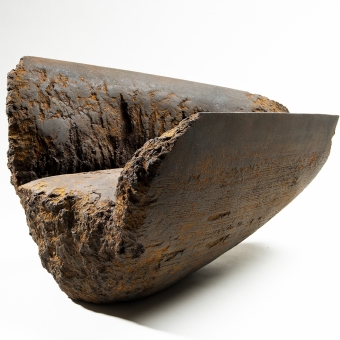 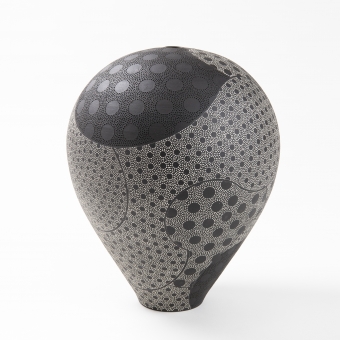 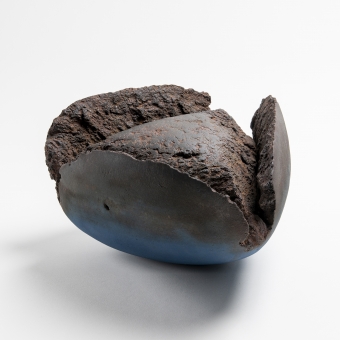 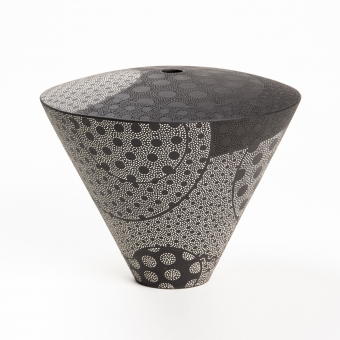 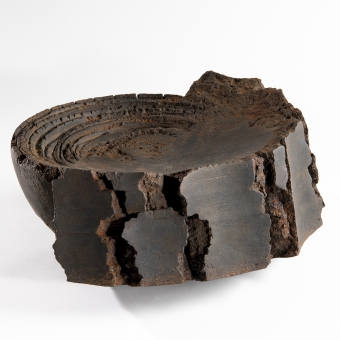 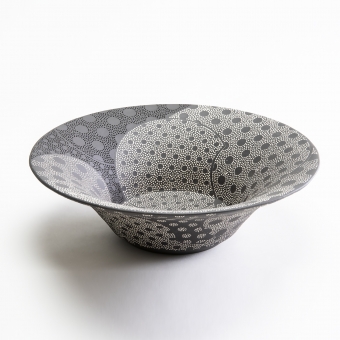 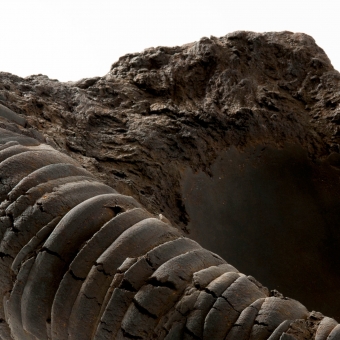 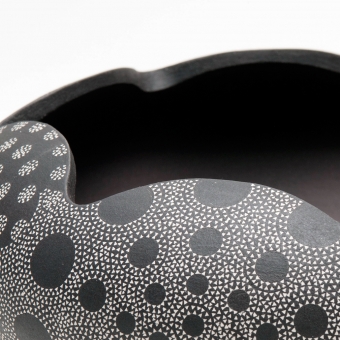 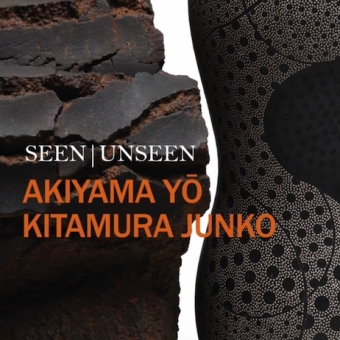 In a highly anticipated exhibition, Joan B Mirviss LTD will present new works by critically acclaimed artists Akiyama Yō and Kitamura Junko. Akiyama's powerful sculptures look as if they have been excavated from the earth's very core – and, with subtle reddish-brown tones, as if the liquid magma had just barely cooled. Kitamura covers curvilinear forms in ethereal geometric patterns that seem to ebb and flow across the surface. As different as they may initially appear, similar ideas about the possibilities of clay inform the artworks of this Kyoto-based artistic couple. Greatly inspired by their teachers who co-founded the Sōdeisha ceramic movement, both artists are known for conceptually daring works that shake loose traditional ties to functionality. Akiyama and Kitamura explore the very essence of clay in their latest works created for their second joint exhibition at Joan B Mirviss.

AKIYAMA YŌ (b. 1953): Considered one of Japan's most important contemporary artists, Akiyama Yō has spent a lifetime exploring the physical properties of clay as a material. His massive sculptural works have more in common with those of contemporary sculptors in other media than by other ceramicists, though he is unconcerned with how he is labelled. Akiyama disrupts the symmetry created by a potter's wheel in startling ways: by breaking off portions to reveal interior construction, or by inverting sections to create an internal tension. Akiyama's sculptures invite close inspection and intimate engagement with the surface textures carefully shaped by the artist's hands.

In 2015, Akiyama won the prestigious Lifetime Achievement Award from the Japan Ceramic Society. His works are in many important collections and museums in Japan and in the West, including: Museum of Modern Ceramic Art, Gifu; National Museum of Art, Osaka; National Museum of Modern Art, Tokyo; Canadian Clay and Glass Gallery, Ontario; Honolulu Museum of Art, Hawaii; Faenza International Ceramic Museum, Italy; Minneapolis Institute of Art; Museum of Fine Arts, Boston; Museum of Fine Arts, Houston; and the Victoria & Albert Museum, London. He recently retired from his position as chairman of the ceramics department at Kyoto City University of the Arts.

KITAMURA JUNKO (b. 1956): Like her fellow pioneering female Japanese ceramicists, Kitamura brings a fresh perspective into a field that had long excluded them. Her painterly instincts, developed as the daughter of an abstract painter, combined with the visual language of textiles and lacquer crafts that flourished in her hometown of Kyoto, inform her elegant yet otherworldly sculptures. She uses a homemade bamboo tool to incise intricate, rippling geometric patterns in white slip inlay over a dark, matte, black slip-covered body with the precision of a lacemaker. A study in contrasts, her starkly black-and-white works cut dramatic profiles that belie their fluid, curving forms.

JOAN B MIRVISS LTD is open Monday through Friday from 11 am to 6 pm by appointment.

For further information and high-resolution images, please contact 212-799-4021 or director@mirviss.com.